Every author, from beginners to experienced, is able to produce the best and the worst, brilliant ideas and total clichés. Why is that? What is going on in our brain during our writing sessions?

I transcribe here Linda Aronson’s theory, as it allows us to wonder about our own writing methods, and to view the way we read scripts in a new light. 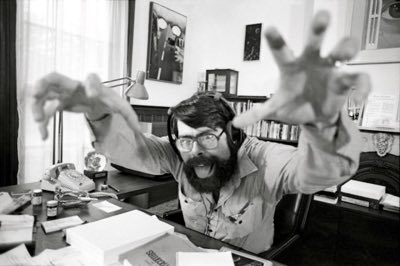 Aronson swiftly sweeps away the question “Are you passionate enough about your project to spend several years of your life working on it?” many script theorists like to ask their audience.

She replaces that question with another one: “Is my movie original enough for people to want to go out and see it on a rainy Monday morning?”

In the movie industry as it is nowadays, when everything has to be fast, Aronson wonders if it is possible to tell complex stories (she coined it parallel narrative) under constant pressure. What do we do to go on having originals structures, lots of characters and still keeping a critical perspective on our work?

To manage all that, we must consider that the brain is divided in two parts: 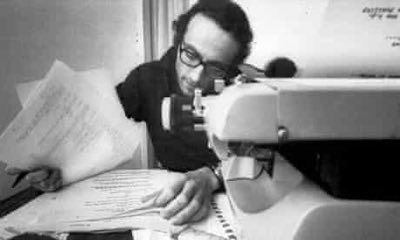 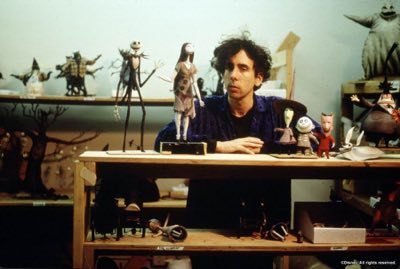 The lateral thinking is related to imagination. It appeals to experience, emotions and feelings.
It is favored by less experienced authors.

Consequences of their use

Under pressure, when we have to write as fast as possible, a less experienced author (who mostly uses lateral thinking) will tend to stretch the limits, to take a strong stand, to rely on emotions. A more experienced author (who mostly uses vertical thinking) will focus on the organization of the story, bring it some coherence, and keep in mind a critical perspective.

But those two creative processes have their pros and cons, and if one of them gets the upper hand, it will have as many positive and negative effects on the writing process.

According to Aronson, the major problem with either of those two processes is that it brings a feeling of confidence to the author, who has the impression to be in control, without realizing that s/he is leaning too much toward one or the other. The author who uses vertical thinking will always be comforted by his/her method. The author who uses lateral thinking will always be convinced that his/her writing is amazing, because s/he doesn’t know how to step back and analyze his/her work.

So, in practical terms, how do we establish some balance between lateral and vertical thinking? 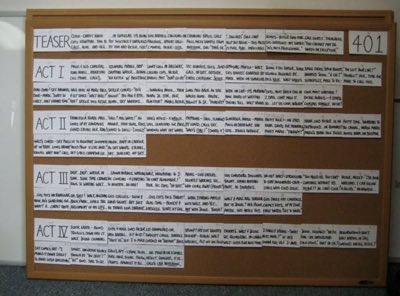 Carl Sautter’s motto for writing is a reminder of what matters is that a story takes roots in a form of reality, it has to be believable and original at the same time. In Poetics Aristotle wrote “With respect to the requirement of art, the probable impossible is always preferable to the improbable possible.”

In this motto “real but unusual”, real is related to vertical thinking (method) whereas unusual can be linked to lateral thinking (imagination). The aim is to be able to switch between the two to “steer” towards the writing of a “real but unusual” script.
(Be careful: “real” doesn’t mean “realistic”. The feeling of “reality” provided by a fictional content comes from the work on characterization that has to be cohesive, or the effort to follow the rules of a fictional world that have to be consistent.) 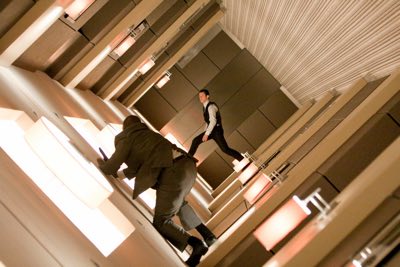 Aronson gives a three-step process. They have to be repeated all along the writing process.

E.g.: I have to write this dialogue scene for two specific characters. It will fit in the plot and theme, while being consistent with the personalities of the characters.
There, method is used as a priority.

Questions to ask yourself:

Now is the time to think about every possibility, to make as many original connections as possible around this task. With the example above, consider every possible situation surrounding the dialog to write, keep in mind the personalities of the characters, the plot this dialog is entwined into, the intent of the scene…in fact all the work from step 1.

Then, imagination is used as a priority.

Questions to ask yourself: 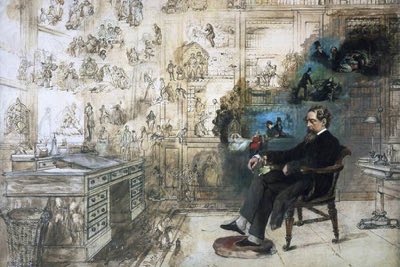 Charles Dickens surrounded by his characters

To write is to re-write

Aronson’s book examines methods of original structures, free from more linear structures, but without neglecting the method, the technique required by the author. She points out that authors don’t always have enough time to go back to their scripts to analyze it and improve it. Production circumstances sometimes prevent them from doing so. But writing fast isn’t always a token of quality, quite the opposite. While the idea of slowing down the writing process often panics new authors, it is also a necessary step.

Balancing between lateral thinking and vertical thinking enables to keep control over the writing process while freeing the imagination. For script readers, it is a new way to proofread, as some writing problems stem directly from the overuse of one or the other.

To conclude, it is important to remind that to write is to rewrite.