While rehearsing with actors during the last public screenplay readings I organized, I started to wonder about the concept of “off-screen” in a text. Do all screenplays hold the same evocative power? A power that makes you believe in a potential world, as soon as you read about it? Whether from the author, actor or reader standpoint, can this concept help us to better understand the screenplay which is a raw material sometimes difficult to decipher? 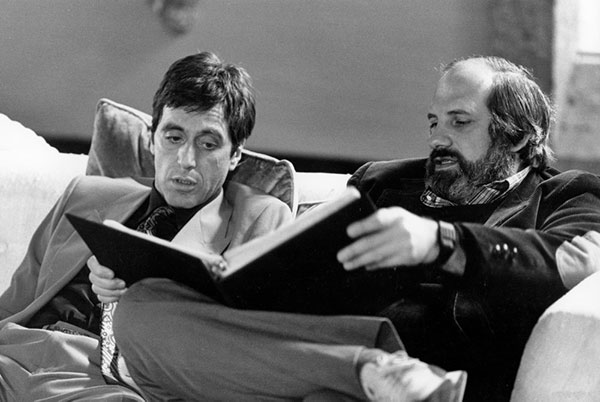 Public screenplay readings provide a forum for screenwriters and actors to take turns working with the “soft dough” of the characters’ bodies. The raw text is read there, stage directions and dialog alike, without the trick of staging. Those readings emphasize the importance for the script as a tool to be understood by those who use it.

Everything is not written

It may sound obvious, but to broach a scene, you need to accept the idea that everything is not written. Something is existing outside of the text: before it, during it and after it.

Umberto Eco writes that a narrative text “is a lazy (or economic) mechanism that lives on the surplus value of meaning introduced by the recipient”, or that a text “wants someone to help make it work” (read Lector in fabula). The conscious or unconscious work of projection the reader of the script makes would be above all extremely personal.

But we can wonder if every narrative text allows for projection. If we focus on screenplays: what would be a scene, or a dialog, or a set, if they were endowed with a narrative potential enabling the readers to see beyond the text and imagine the world surrounding it? 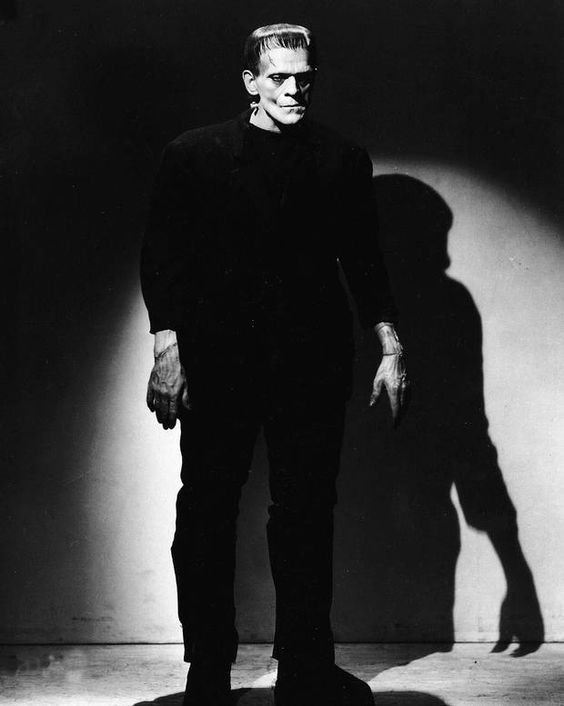 Evoking rather than telling: the narrative potential

We can find an element of answer in the ability of a text to allude rather than tell. Some stories have such an evocative power that they are the root of hundreds of other creations (you can read the fascinating book Fictions transfuges written in French by Richard Saint-Gelais). Frankenstein, Dracula, or Jane Austen novels contain powerful symbolism. They have sequels and prequels, and their characters are used in other fictions.

The ending of the original version of Frankenstein is a good example to study. At the end of the novel, while Walton is looking at the monster drawing away, Mary Shelley wrote: “I soon lost sight of him in the darkness and distance”. We can suppose that the creature died (from cold or sadness), we can suppose it survived. The ending was left to the reader’s interpretation. It triggered among authors a desire to seize the future of Frankenstein’s monster. (If you wish to learn more about Frankenstein and Mary Shelley, my advice is to read the book Frankenstein, une biographie written in French by Michel Faucheux. You can read an extract in French here)

A scene with a powerful narrative potential would be a scene that doesn’t show everything, that doesn’t tell everything. It would make it possible for the reader to imagine what is going on off screen. In Frankenstein’s case, it is the inconclusive ending. It works with the ambiguous relationship between Frankenstein and his monster, and particularly on the fascinating characterization of the monster. A powerful narrative potential can also be found in a simple photograph barely visible in the background setting of a movie. It could cast doubt on a character’s past, or give the character another dimension, without it being addressed in the plot.

A story in a few words

To give a better grasp of the concept of narrative potential, I will use a literary genre I particularly love: microfiction. I happen to own a website entirely dedicated to it: Le Narratoire (it’s in French).
Marie-Laure Ryan writes that to own a narration, a text must offer a world populated with characters and objects (you can read Narrative across media: The Language of Storytelling about it). She adds that in this world, something must happen.

Let’s take a look at the most famous example of microfiction, generally attributed to Ernest Hemingway:

The narrative potential of that text is so obvious, it wouldn’t sit well with an analysis as all its interest lays in the near infinite possibilities of fiction it holds. We could even bring out the three time-periods of the plot:
“Baby shoes” alludes to a birth, that could be the exposition ;
“never worn” alludes to an incident, that could be a plot point ;
“for sale” alludes to the consequences of that incident, that could be the resolution.
An additional extent is provided by the classified ad format. It alludes to the person who wrote the classified ad, and that person could possibly be the main character.

Microfiction is a powerful summary of narrative potential. One or two sentences are enough to summon a world populated by characters and objects in which something is happening. Just like a short sequence of a script can hold a strong narrative potential.

The Punctum: when the image continues beyond the frame

To further the topic, I will lean on Roland Barthes’ sturdy shoulder who talks about the punctum in Camera Lucida.
When studying a photograph, Barthes tells the difference between the studium and the punctum. The studium is what is obvious, what the picture shows (a dog sitting on a side walk, a man cutting wood…). The punctum is what gives the picture its external scope, what makes it possible to “continue beyond the frame”, to live outside its depiction (the untidy collar of a wealthy woman, the broken wheel of a carriage…). When there is a punctum, “a blind field is created (is divined)” as you can see on the following photographs. 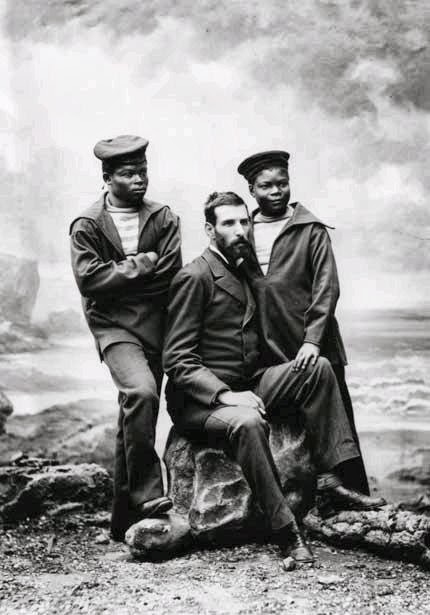 In this photograph, the punctum is the sailor’s hand on the knee of the seated man. What does it mean? What is the relationship between the two men? 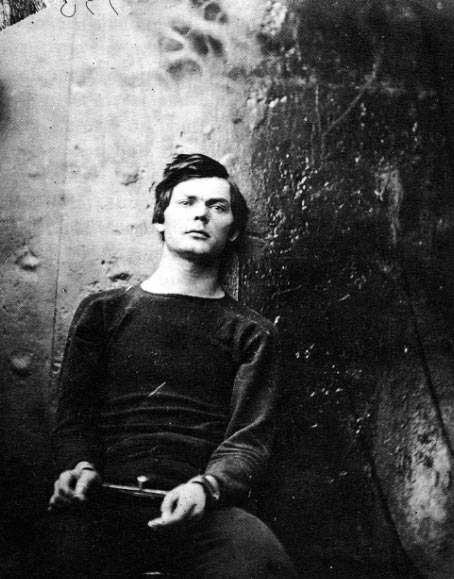 “The photograph is handsome, as is the boy: that is the studium; But the punctum is: he is going to die.” (Camera Lucida, Roland Barthes)

What exists beyond the text

Screenwriters, actors or script readers do not control what the text will spontaneously bring up in them. However, working on the potential narrative of a scene, through a dialog, a costume, a piece of the set, seems essential to me. 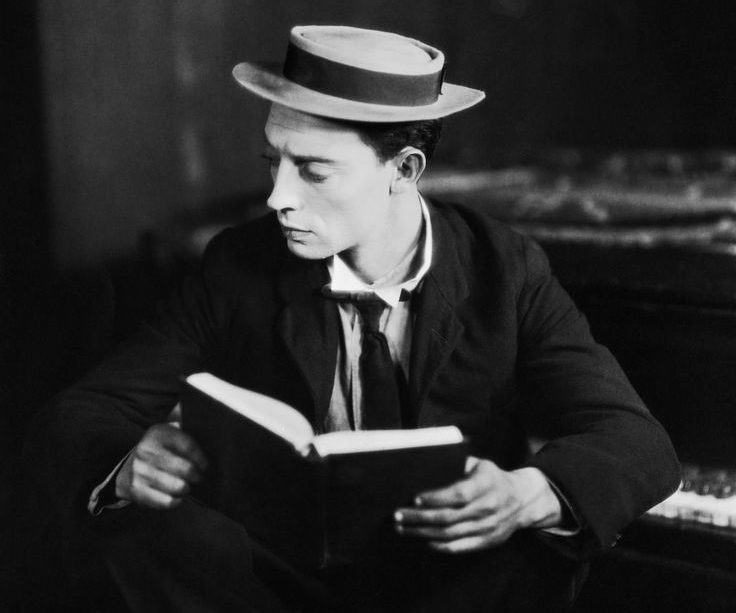