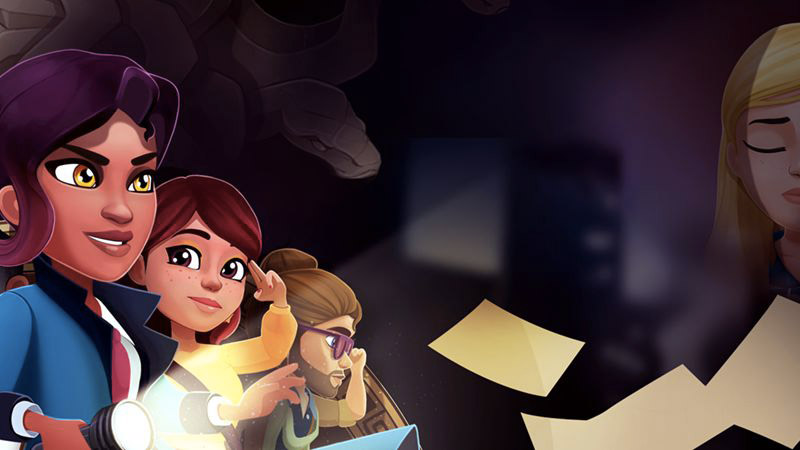 Released in October 2019 on iOS, Android and Steam.

When I started working on the project, the game was already written in its first version. The developers and editors weren’t satisfied with it and wanted the whole story to be rewritten.
I had to focus on building a coherent story world before rewriting the game, while keeping all the existing characters, game locations and assets. Finally, some characters were added and we managed to work hand in hand with the game designers and artists in order to create new locations with existing assets.
I also developed an interactive bible on the world for the team to work with.
All the documents and scripts were written in English, with proofreading.

My experience at Old Skull was full of discoveries, and I really enjoyed working with this team of thirty dedicated people!

“Sarah has been a writer and narrative designer at Old Skull Games for the last 8 months, and I can already tell that she’ll go to infinite and beyond inside our amazing industry. Sarah had the difficult task to write a story for our last investigation game (Detective Jackie), by taking in account a tremendous number of constraints: storyline, visual assets limited scope, technical framework limitations, our client feedbacks; while finding ways to keep the player excited and engaged. Because of all these strict constraints, this game development has been a whole journey, with so many new directions from the management and the publisher, requiring a lot of flexibility, patience, but also creativity and rationality in order to adapt the story. The result says it all: thanks to Sarah, we’ve released an amazing narrative investigation game reaching millions of players. On top of that, Sarah has been an amazing and very sympathetic co-worker, super involved and integrated in the team. I highly recommend Sarah, even if she doesn’t need it, and I’m at your full disposal if you have any question about our collaboration. Please don’t hesitate to email me or give me a call!”