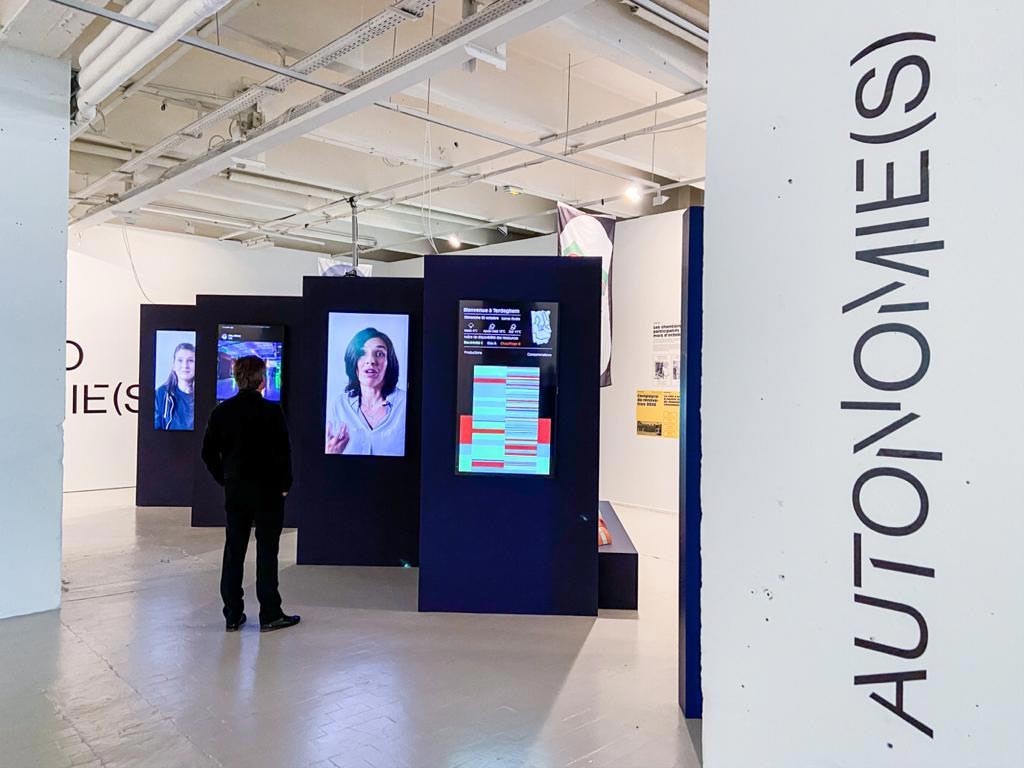 Autonomie(s) is an exhibition created by the EDF Design Lab*, which set out the future of energies. I worked on this project with the main designers and researchers, Diane Beaulieu and Alex Morales. I was responsible for the writing of three staged interviews. I also directed and edited the videos. The final exhibition, showing three possible scenarios and ways to use energies in the future, could be visited between the 16th of September 2020 and the 29th of October 2020 at the Tripostal in Lille, for the Lille Métropole 2020 World Design Capital.

“Three windows to autonomous futures, three new ways of living, interacting and engaging with an increased awareness of the importance of the resources and systems that support our daily lives.
Cultivating and going beyond the framework of energy, EDF designers launched in 2019 the first holistic research project on autonomy in the home. For several months, a research community has been animated with those who think, conceive, live, contest or refuse autonomy. Far from secessionist or individualist imaginations, it is a matter of understanding the springs and opportunities of this notion in order to respond to the multiple societal challenges and the imperatives of transition.
New ways of consuming, traceability, choice of dependencies and civic engagement, this exhibition, in the fashion of design fiction, sparks new imaginations. It invites us to rethink autonomy, in direct resonance with the markers of the current situation. “

Link to the exhibition